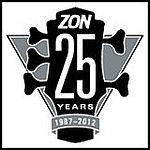 "Jule Potter"
And from Sweden. . .This is a very professionally done review of Monique in the Swedish Bass Magazine "PrataBas." :


CONTRARY TO CONVENTIONAL WISDOM, overnight success in the music business rarely happens overnight. The same is undoubtedly true in the world of amplifiers, where builders can spend months tweaking their offerings before the first player ever plugs in. Very few builders, however, arrive at the marketplace as fully formed as Jule Potter, whose 40-plus years worth of electronics expertise has resulted in Monique, a hand-built tube bass preamp that takes a supremely elegant road to transcendent tone.

After spending the late 1960s and early ’70s working with low-light level and infrared television systems in Navy aircraft, Potter embarked on a career in security and consumer electronics, followed by 12 years of UNIX software development. By the time he was ready to put his name on an amp, he’d spent thousands of hours with high-level co-conspirators willing to share what they knew, including James Demeter, for whom he built silent speaker chambers; David Geren at CineMag, who helped design Potter’s output transformer; and Matchless/Bad Cat/Star Amplifiers veteran Mark Sampson, for whom Potter hand-built hundreds of amps. Potter’s first Jule guitar amp was born in 2001, and Monique arrived seven years later.

Monique Dovecage Potter’s mission was to build a straightforward bass preamp that gave bassists complete control over their live and studio tones. His emphasis on simplicity begins inside the amp, where DC filaments, a fully choke-regulated power supply, a CineMag transformer, and only four tubes—a Shuguang 6SL7, a Tung Sol 6SL7, an EH 12AU7, and an EH EZ81—fill the two-space steel chassis. The front panel has separate level controls for the two outputs around back (LINE LEVEL for the ¼” line output and BALANCED LEVEL for the XLR DI), which can be used separately or together. Early models, optimized for powered cabinets like Bergantino’s IP series, put out 0dB, but Potter later updated Monique so that pulling out the LINE LEVEL knob added another 10dB to both the line out and the DI.

Monique’s HIGH, MID, and LOW knobs control a Baxandall equalizer, popular with mastering and mix engineers for its minimal phase delay, seemingly neutral characteristics, and exceptionally wide control of the frequency spectrum. Each EQ knob, truly independent of the other two, is capable of 20dB boost/cut from the center of each control; set at noon, tone is flat and unaffected by the Baxandall. Unlike the EQ, which has been around since the ’50s, Monique’s SENSITIVITY is rather unusual. Inspired by a similar “brilliance” knob on Sampson’s Thunder-chief bass amps, SENSITIVITY functions somewhat like “exciter” controls in other circuits, and pulling it out also boosts the signal by 4dB, which is useful for passive basses.

With its four tubes and old-school vibe, Monique sounded every bit as rich and warm as I thought it might, but I was surprised how quick it was, too. The preamp, paired with my powered Bergantino IP112 1x12, was dead quiet, hum-free, and louder than other tube preamps in my studio, and I found it impossible to overdrive the tubes (Potter says it can be done, but it’s not easy, and he recommends overdrive pedals instead).

The HIGH, MID, and LOW knobs offered an array of tone options, all of them very musical. As most EQ nerds know, it’s difficult to dial in bad tone on a Baxandall. The BASS control never made things muddy, the mids were never too pointed, and the high end never got glassy, but I reveled in Monique’s precise control of each frequency. Turning up the SENSITIVITY knob subtly transformed the high frequencies, adding “air” and opening up the top end, but most of the time, I was quite satisfied with the EQ and SENSITIVITY knobs set at noon.

In trying to describe Monique’s tone, the first word that comes to mind is “transparent.” It’s probably more accurate, however, to say that Monique magnified the natural properties of every bass I plugged in. Once I got over the shock of hearing things I’d never heard before in a fretted ’90s F Bass I thought I knew well, I began unpacking basses I hadn’t played in months just so I could plug them in. It was amazing to hear Monique reveal fresh flavors in each instrument, from stock pre-CBS Fender Jazz and Precision basses and a plywood Kay with a Fishman pickup to high-output Wals, Roscoes, and Mike Lulls. I heard each bass’s inherent properties, every tiny tonal adjustment, and my own playing with astonishing clarity. Many hours after I’d first switched on Monique, I begrudgingly unplugged. It was not easy.

Eventually, I invited other players to try Monique, and it was a joy to watch their faces light up as they heard their instruments through Potter’s preamp, usually paired with Bergantino and Aguilar gear. Monique made me feel like I was hearing my hands and my instruments for the first time in a long time, and I found myself stretching out and trying new approaches every time I plugged in. What more could a player ask from a preamp? 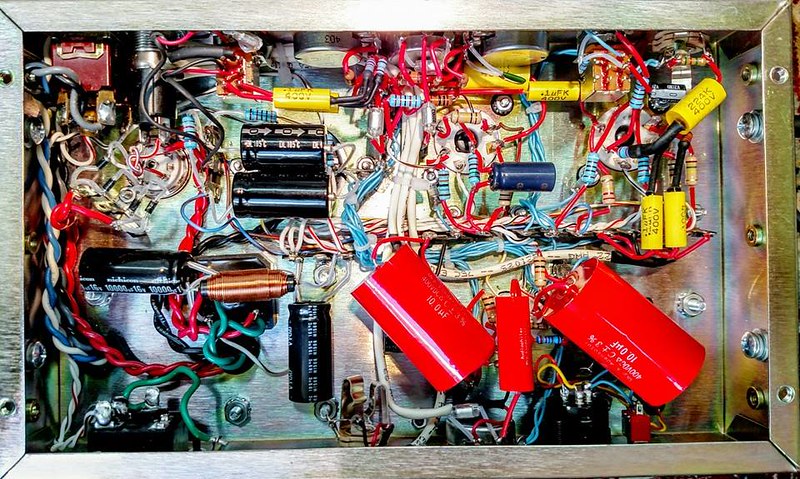 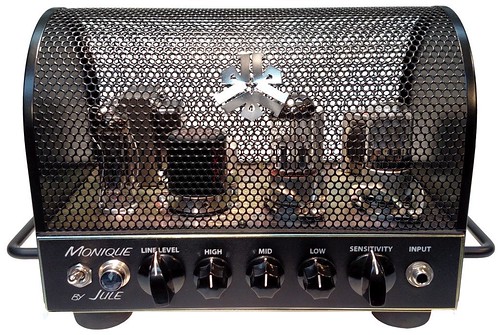